It’s common to be upset when you’ve been told that you have degenerative disc disease. It’s an awful sounding diagnosis. It sounds like you have a disease that is deteriorating your spine. And on top of it all, it doesn’t sound like there’s much you can do about it. The spine, it seems, is inevitably degenerating.

Patients commonly express the belief that their chronic back or neck pain is a progressive condition that will unavoidably lead to greater and greater pain and disability. They’ve been told that they have degenerative disc disease and that it is the cause of their pain. It was found on their MRI scan of the spine. Since the cause of their pain is called ‘degenerative,’ they understandably believe that it’s inevitable that they are going to get worse. Their future, it seems, holds nothing but increasing pain and impairment.

What is the natural course of degenerative disc disease?

How confident should we be in this belief that degenerative disc disease is inevitably degenerative? What does science tell us about 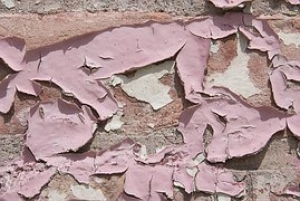 what happens to so-called degenerative changes of the spine over time? In healthcare, studies of what happens to health conditions over time when left untreated are called natural history studies. Such studies simply track a condition over time to see what its natural trajectory is– whether the condition tends to get better or worse. It would be helpful to look at natural history studies of the conditions that fall under the category of degenerative disc disease. We'd then know what the natural trajectory is for such conditions.

Degenerative disc disease is a catchall phrase for a number of conditions of the spine. These conditions are typically evident on CT and MRI scans. They are a loss of disc height, disc bulges and herniations, annular tears, endplate changes, osteophyte complexes, neuroforaminal stenosis, and central canal stenosis, among others.

Let’s look at what happens to these conditions over time. Many chronic back or neck pain patients have such degenerative changes in their spine as evidenced by MRI or CT scans and it will be helpful to know something about what typically happens to them if you have them. Contrary to popular belief, we will find that the changes to the spine that we call degenerative disc disease are not inevitably degenerative.

Specifically, with our review of natural history studies of degenerative disc disease, we want to determine the answers to two questions:

These researchers also found data that pertains to the severity of disc herniations. Contrary to the popular belief that the worst problems tend to become more problematic, they found that the larger the disc herniation, the more it reduced.

Here again, we see two important facts about this specific type of degenerative change. First, in its least advanced stage, sometime it does get worse, but only less than half the time. Thus, we really can’t say it is inevitable that it gets worse. Second, contrary to the notion that the more severe spine problems always lead to more severe consequences, we see that the advanced stages of endplate changes generally stay the same. Sometimes it gets better, but they don’t tend to get worse.

Park, et al., (2013) found in a sample of 27 cervical spondylolisthesis patients that only three had a progressive worsening of their condition over a 2-7 year follow-up period. None of the three experienced any significant neurological injury or an increase in their symptoms as a result.

Humphreys, et al., (1998) looked at still other conditions of the spine, which are associated with degenerative disc disease. They found that foraminal stenosis did in fact narrow with age but found no progression of disc height, lordosis, or central canal stenosis. So, here again, we find that degenerative changes of the spine are far from inevitably degenerative.

Regarding the latter, Karadimas, et al., (2013) reviewed the literature on cervical spondyltic myelopathy, or a degenerative narrowing of the spinal cord in the area of the neck, and found that the condition naturally worsened in 20-60% of the cases. Again, we see a significant degenerative condition can get worse, but does not always get worse. Indeed, depending on the study, 40-80% of the time it does not get worse.

Has your healthcare provider ever told you or implied that degenerative disc disease was inevitably going to get worse? Why do you think that this belief continues to be common when the scientific literature doesn't support it?

About the author: Dr. McAllister is the executive director and founder of the Institute for Chronic Pain (ICP). The ICP is an educational and public policy think tank. Our mission is to lead the field in making pain management more empirically supported. Additionally, the ICP provides scientifically accurate information on chronic pain that is approachable to patients and their families. Dr. McAllister is also the clinical director of pain services for Courage Kenny Rehabilitation Institute (CKRI), part of Allina Health, in Minneapolis, MN. Among other services, CKRI provides chronic pain rehabilitation services on a residential and outpatient basis.