The ICP Supports the Make Your Day Harder Campaign 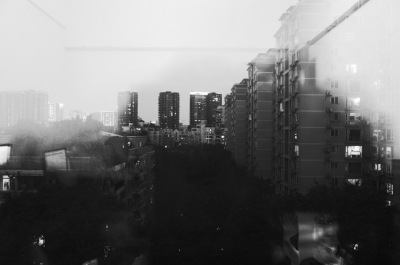 Recent data in the Lancet show that as societies become increasingly industrialized around the world, rates of low back pain, migraine, depression, obesity and type 2 diabetes increase (among other conditions). It's an interesting commentary on the social determinants of health.

It’s also not that as societies industrialize the people who make up these societies develop genetic mutations that lead to the increasing rates of conditions such as low back pain, migraines, depression, obesity and type 2 diabetes. No, our genetic constitution doesn’t change that fast – at least not over the 50 to 100 years it takes for societies to industrialize.

So, what produces this rise in such conditions? General consensus is that it's the psychosocial changes that come with industrialization: particularly, the increasingly sedentary lifestyle; the increasing consumption of cheap, processed foods (and the corresponding decrease in consuming traditional, whole food diets); and increases in chronic, non-life threatening, stress.

Sometimes, people get upset when healthcare providers talk like this. But, let’s explain.

So, what do we do about it? We educate ourselves. We practice tolerating what we learn and reflecting on it. We then slowly and incrementally begin to incorporate these lessons into our life by taking ownership of our health and begin to make small healthy changes in how we live. Slowly and incrementally, we continue and add to these changes. Over time, we become healthier and come to feel better, physically and emotionally.

The Make Your Day Harder Campaign

To this end, the folks at Dr. Mike Evan’s Health Lab developed an ingenious idea. They call it the Make Your Day Harder campaign. It’s provocative title challenges us to reflect on ways to make small changes in our daily life and get off our seats more. And then do it.

The idea, as Dr. Mike says, isn’t to take on a grand exercise routine. Rather, it is the idea to make small intentional decisions to use technology less. So, for example, walk upstairs to get your daughter from her room rather than texting her from the kitchen that it's time for dinner; get up and turn the volume down on your stereo rather than using the remote control; walk over to your neighbor’s house to actually talk to him about borrowing some tool you need rather than calling him on your cell phone; use a rake rather than a leaf blower; take the stairs rather than an elevator; intentionally don’t take the closest parking space; and so on.

Now, of course, doing any one of these things once or twice won’t do much for you. However, if you cultivated an attitude of willingness to do them in which you were open to opportunities as they arose through the course of your day, these slow, incremental changes over time would help. You might slowly become more physically fit. You might come to have a little more energy. You might not gain weight or as much weight over time.

As Doc Mike points out in his 4 minute video, the goal, as funny as it might sound at first, is to live just a little bit more like how our parents or grandparents or even great-grandparents lived – for they had less chronic health problems and in some respects were healthier than we are today.

To be sure, these previous generations might have had higher death rates from infectious illness or injuries, but assuming they escaped these fates, they were leaner, more fit, and less chronically ill; which is to say, they were in some ways healthier. Now, as we said, in our current industrialized societies, the death rates from infectious illnesses and injuries have been considerably reduced. However, we suffer now from considerably more chronic health problems. So, maybe, we should get off our seats more and do things the old fashioned way: let’s use our bodies more and our technologies less.

So, Make Your Day Harder. Please pass it on through your social media.