“But, I have real pain”: When Ethics Collides with Ontology 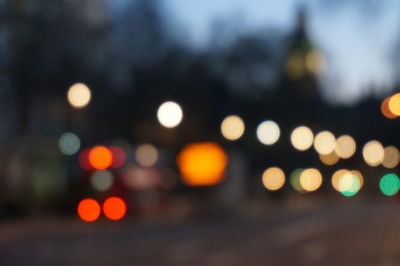 A patient, say, gets referred to our chronic pain rehabilitation program, but the patient believes that it would be better to seek care elsewhere, such as with a spine surgeon, or an interventional pain clinic where spinal injections get performed, or at a clinic that provides long-term prescriptions of opioid pain medications. In such cases, I might make the recommendation that, as long as one is willing to learn how, self-management is an effective treatment option, even in many cases the most effective option. Nonetheless, the patient responds, “But, I have real pain.” The phrase, “I have real pain,” in these instances tends to justify the use of procedural-based medical care, which becomes opposed to seeking self-management based care, as if real pain could never be self-managed and so requires medical or surgical procedures or narcotic pain medications.

Still other times, the phrase “But, I have real pain” gets expressed when I talk to patients about the role of the nervous system in the cause of chronic pain. In chronic pain rehabilitation, we routinely discuss this role of the nervous system because it provides a scientifically accurate rationale for why self-management is effective: the self-management strategies that patients learn in chronic pain rehabilitation reduce pain and increase coping by targeting the nervous system and making it less and less reactive over time. So, we subsequently review with patients why it's important to therapeutically target their nervous systems: it’s because pain is the product of a two-way communication between the nerves in the painful area and the spinal cord and brain. It’s not uncommon for patients to react to such discussion by retorting, “But I have real pain.” This response expresses disagreement with the overall conversation and alludes to a different way that they understand the nature of their pain. People often go on at this point to explicitly state their understanding of, say, back pain by emphasizing an orthopedic model of pain – something, like, “My surgeon said it was because my discs are degenerating.”

It’s not just patients who say it too. Providers commonly use the phrase as well. Most often, I suppose, providers say a variation of it to patients as a form of reassurance. “I know you have real pain” is a frequently necessary form of reassurance, letting patients know that they are believed. Countless times in case conferences, too, where the overall plan of care is discussed among a team of different providers, the phrase gets used, particularly when a case is discussed in which the orthopedic basis of pain can’t be found. An all-too-common example might be a patient who presents with chronic low back pain, but the MRI of the lumbar spine shows nothing that might reasonably be the cause of pain. In such cases, providers often profess, “I know he [i.e., the patient] has real pain, but the scans are normal…”

What, though, does this phrase really mean? When we use the phrase ourselves or when we hear it, we tend to respond in the course of the conversation as if nothing out of the ordinary was just said. That is to say, we understand the phrase and subsequently move on without ever giving it a moment’s notice. But, if we were ever stopped and asked to explain what in fact we mean by the phrase, it gets a little difficult to actually put it into words.

What does it mean?

We might first notice that in the phrase, “But I have real pain,” the use of the word “real” would seem to be drawing a contrast. Specifically, at first blush, it seems to be contrasting the present “real pain” with pain that is… what… not real? Therein lies the problem. What might we ever mean by “unreal pain”? It’s a phrase we never use, not at least at any time I have ever heard or come across, and even if we did it would seem unclear as to what we might mean.

Pain is an experience that we either have or don’t have. Sometimes, we have a little pain and sometimes we have a lot of pain, but in either case, it is something we either have or don’t have. In what circumstances might we ever have a pain that is unreal, which doesn’t mean we have actual pain, but means something other than having no pain? It’s as if “unreal pain” lies somewhere within a never-never land between either having pain and not having pain.

We might thus conclude, all pain is pain and call it a day.

Not the end of the story 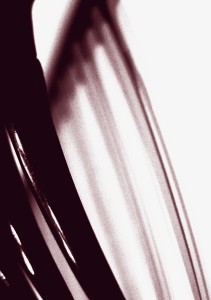 This tack would likely make us all uncomfortable for it really does seem like we are meaning something important when we say, “I have real pain.” So, to keep looking for what we might mean by the phrase, we might recall Wittgenstein’s famous dictum that the meaning of words lie in their common everyday use (1953). He recognized that language doesn’t have universal referents in all times and places, but rather language can be and is more idiosyncratic than that. Words have particular uses in particular times and places. Language, of course, doesn’t run amok because people are similar enough and live in similar enough ways that we more or less can understand each other, despite the particularities of word uses. So, the meaning of words lie in their use and, sometimes, this use refers to things, but sometimes words have meaning in other ways. Perhaps, the phrase “real pain” is meaningful in one of these other ways.

I think we hit upon this use earlier in the introduction to this essay. The phrase “real pain” doesn’t refer to some special type of pain as much as it’s used to provide reassurance that others believe that one in fact has pain.

No one wants to be called or even considered a faker. There are times when others, such as family members or healthcare providers or employers or defense attorneys might consider whether the person who reports having pain is really faking that they have pain. In such circumstances, patients might assert, “But I have real pain” or still others might come to their defense by asserting that the patients have “real pain.”

Thankfully, such situations are not daily affairs for most people with chronic pain or for most providers in pain clinics. However, the phrase gets used much more commonly, even, as I suggested in the introduction, almost daily. So, there must be other uses – other ways of gaining reassurance by the phrase, “real pain,” even when no one is accusing anyone of faking.

Maybe, the use of the adjective provides a sense of legitimacy to one’s pain. In this way, perhaps it really is drawing a contrast between types of pain: pain that society tends to see as legitimate and pain that society doesn’t. What people defend against, then, when they use the phrase, “But I have real pain,” is stigma.

When stigma raises its ugly head

Patients and providers alike can tend to use the phrase “real pain” when emphasizing the legitimacy of one’s pain and any problems in functioning associated with it. “Real pain” is thus the contrast to the “it’s-all-in-your-head” type of pain. If you have trouble coping or are disabled from “real pain,” you get a pass. People tend to understand and allow you to stay home from work or allow you to be down about it and have a good cry. If, however, you have trouble coping or are disabled from the “it’s-all-in-your-head” type of pain, well, there’s no free pass for you. It’s time to ‘buck up and deal’ instead. No one excuses it when you stay home from work or sees your depressed tears.

Like “real pain,” though, the “it’s-all-in-your-head” type of pain is a bit slippery when attempting to define it. We all know what it means when we say it or hear it, or at least we think we do. Nonetheless, it’s hard to actually put it into words.

We tend to associate the “it’s-all-in-your-head” type of pain with stress-related pain. In chronic pain rehabilitation, we routinely review the importance of stress management when it comes to self-managing pain, but it’s not uncommon for patients to dismiss the relevance of the topic with the assertion, “But I have real pain.” Indeed, at times, we might be tempted to think they are on to something. For, at first blush, pain caused by stress and tension doesn’t seem as real as pain that occurs in relation to clearly identifiable tissue damage. Thus, our initial reaction is that the pain we feel when stepping on a nail seems somehow more real than the gut ache of a child who’s nervous about starting school tomorrow or the headache we might have after a bad day at work. From this light, real pain is pain caused by tissue damage, something that has nothing to do with stress. Stress is involved in the other type of pain, that not-as-real pain, which we refer to as the “it’s-all-in-your-head” type of pain.

And of course it is. Anyone who has ever had a tension headache knows that it is really painful. You have a long and difficult day and as a result your head is pounding. You reach for the ibuprofen and lay down on the couch or just go to bed outright. You can’t really argue that a tension headache isn’t “real pain.” 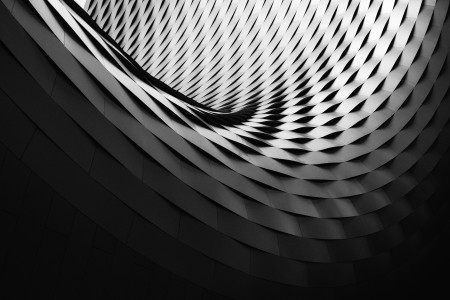 Even in cases where pain is associated with identifiable tissue damage, stress makes it worse. When you stub your toe in the course of a lengthy argument with your spouse, the very “real pain” you have hurts worse than when you stub your toe during a really fun party or when watching an exciting football game. It doesn’t take a rocket scientist to tell you that stress makes the “real pain” of chronic conditions worse too. All it takes is the average person with rheumatoid arthritis. Here we have a condition that causes “real pain” and which is associated with clearly defined tissue damage and stress still makes that “real pain” more painful.

Maybe, we have just come full circle (pun intended) to the tautology that all pain is pain.

About the author: Dr. McAllister is the executive director and founder of the Institute for Chronic Pain (ICP). The ICP is an educational and public policy think tank. Our mission is to lead the field in making pain management more empirically supported. Additionally, the ICP provides scientifically accurate information on chronic pain that is approachable to patients and their families. Dr. McAllister is also the clinical director of pain services for Courage Kenny Rehabilitation Institute (CKRI), part of Allina Health, in Minneapolis, MN. Among other services, CKRI provides chronic pain rehabilitation services on a residential and outpatient basis.