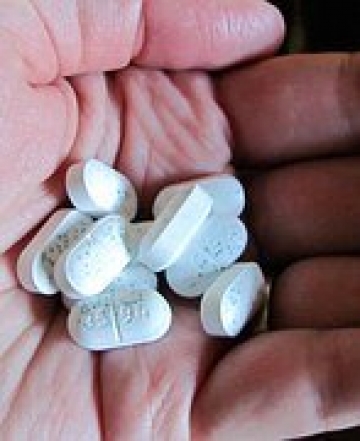 This controversy makes opioid pain medications a highly sensitive issue for patients who take them.

In the 1990’s and early 2000’s, it was common for some healthcare providers to believe that addiction to opioid pain medications didn’t necessarily occur, especially if patients appropriately used their medications to manage pain. The belief was that as long as patients used the medications for pain (as opposed to some other reason, such as to get high) they simply wouldn’t get addicted. It was as if to say that as long as a patient has pain and as long as the intention is to take the medications for pain, then these two factors would disqualify someone from getting addicted. Patients too tended to embrace this sentiment. It was, of course, hugely reassuring. Patients could take the medications and healthcare providers could prescribe them without any alarming concerns.

Patients frequently mistake physiological dependence for addiction. It’s understandable. With any other drug, people consider physiological dependence as part and parcel of addiction. Take, for example, an individual who experiences tolerance and withdrawal from the use of alcohol. Most would consider the individual an alcoholic. It’s understandable, then, that most would consider the chronic pain patient an addict when they develop tolerance to their medication and experience withdrawal if they abruptly stopped the use of the medication.

However, the use of opioid medications for chronic pain is a unique situation, when compared to the use of other addictive drugs, like alcohol. When people use alcohol (or any of the illegal drugs) to the point of tolerance and withdrawal, most people would consider that they are doing something wrong. When chronic pain patients use opioid medications on a daily basis to the point of tolerance and withdrawal, they are doing just what their healthcare provider told them to do. If patients use their medications exactly as prescribed, they inevitably become tolerant and could experience withdrawal. Notice that they are not doing anything wrong. It’s what makes the situation unique from the use of other addictive drugs.

The American Academy of Pain Medicine and the American Pain Society noticed this difference too. A number of years ago, they decided to team up and define a difference between physiological dependence and addiction. They defined addiction to opioid medications using two criteria: a loss of control over the use of the medication or continued use of the medication despite real or potential harm.1 These criteria are more fully explored in the section on addiction.

When patients use opioid pain medications on a long-term basis, they tend to develop subtle yet strongly held beliefs that lead to a loss of confidence in their own abilities to cope with pain. As such, they come to believe that it is impossible to successfully manage pain without the use of opioid medications. Moreover, they become unwilling to entertain alternative options to their use. As a consequence, patients come to overly rely on the medications long after they are no longer helpful. In other words, opioid medications foster psychological dependence.

Patients who are psychologically dependent on opioid medications tend to believe that it is impossible. They are sensitive to the notion that it is in fact possible and can get emotional when it is brought up. They lack an openness to treatment options that might be more effective than opioid medications. Lastly, they maintain the belief that the medications are helpful and necessary despite their continued reports of high levels of pain and despite the fact that they remain disabled.

As indicated earlier, the conventional definition of addiction to opioid medications has two criteria, when their use is in the context of chronic pain management.

Loss of control occurs when patients do not use the medications as prescribed or in accordance with the agreement that they make with their healthcare providers. In other words, they do not control their use of the medications. Continued use despite harm occurs when patients continue to use the medications even though their use is harming their relationships with others or putting them at physical or legal risk. When patients demonstrate a pattern of behaviors that are indicative of either of these criteria or both, healthcare providers diagnose addiction.

Some examples of a loss of control are the following behaviors:

Some examples of continued use despite harm are the following behaviors.

These behaviors also exhibit a loss of control, but the emphasis is on the fact that they are done despite some type of harm to the patient. The loss of control has not been perceived as ‘a wake-up call’ and so the behaviors have crossed a threshold of jeopardizing the patient in some manner. Some of these behaviors harm the relationships that the patient has – relationships with healthcare providers, friends or relatives. Some of these behaviors place the patient or others at risk of physical harm. An example is using medications at such high doses that a patient falls asleep while engaged in a wakeful activity or otherwise is unable to fully track or pay attention to the activity. Other behaviors place the patient at risk of legal harm. Examples are using a false identity or stealing medications or altering a prescription. These activities are, of course, illegal and yet the addicted patient might still do them. In all these examples, the loss of control is evident to others but the patient might not see it or might make excuses for it because obtaining the medication has become more important than the risks. All these behaviors are indicative of addiction.

How often does addiction occur in chronic pain patients?

In the context of chronic pain management, addiction is a significant problem. In their literature review, Hojsted & Sjogren5 cited studies that showed rates of a wide range of addictive behaviors, varying from 0% to 50%. In their meta-analysis published in the same year, Martell, et al.,6 found that 5-24% of patients on opioid pain medications demonstrate the above-mentioned problematic behaviors, depending on the behavior.

In more recent studies, Hojsted, et al.,7 used two different methods for diagnosing addiction. Depending on the method, they found either 14.4% or 19.3% of chronic pain patients meeting criteria for addiction to opioid medications. Within the context of a larger study, Skurtveit, et al.,8 had 686 chronic pain patients who regularly used opioid medications and they identified 191 of them as engaged in problematic behaviors indicative of addiction. The percentage is about 28%. In their study of people prescribed opioids across multiple Western countries, Morley, et al.,9 found a range of misuse and abuse from 8 to 22%. These rates rose considerably when patients were also prescribed benzodiazepines or were taking illegal drugs.

A number of research studies have looked at risk factors among chronic pain patients that make it more likely for them to be identified as engaged in addictive behaviors.

In the study cited above, Skurtveit, et al.,8 observed that new users of opioids as a group have a considerably smaller chance of becoming addicted than regular users as a group. Sullivan, et al.,10 found that having a history of substance dependence, high daily use of opioids, being young and having multiple pain complaints were risk factors. Hojsted, et al.,7 found that high daily use of opioids, use of benzodiazepine medications, use of alcohol, and anxiety and depression were risk factors for addiction. As indicated above, Morley, et al., found rates of misuse and abuse rose significantly amoung those who also take benzodiazepine medications (sedatives, which are also addictive) and/or illegal drugs.9

For cutting edge thougts on the distinction between physiological dependence to opioids and opioid addiction, please see our page, Should the Definition of Opioid Addiction Change?

1. American Academy of Pain Medicine and the American Pain Society. (1997). The use of opioids for the treatment of chronic pain: A consensus statement. The Clinical Journal of Pain, 13, 6-8.